A hotel for royalty – an office for seafarers

An impressive hotel, established by the seaman’s mission, Stora Hotellet will always be associated with Umeå’s long history as an important seafaring centre.

Despite its location far from the world’s major oceans, Umeå owes much to its links with the sea. The town was given seafaring rights in 1760 and as the sea trade blossomed in the nineteenth century, Umeå’s growth paralleled the performance of the great sailing ships as goods and people travelled from Västerbotten to harbours all over the world.

Umeå seaman’s mission was established in 1844. It was a form of trade union and social insurance for seamen. In 1892 the mission acquired two plots of land next to Umeälven river and local architect Viktor Åström was asked to design a combined seaman’s mission building and hotel. Åström’s design mixes grandeur with sea influences.

Stora Hotellet was completed in October 1895 and soon became a centre of entertainment in Umeå as well as a site for official ceremonies. There were bedrooms, the largest banquet hall in town, a dining room, bar, billiards room and a terrace next to the river with a bandstand and refreshment stall. A few years later a music pavilion and theatre were added.

In the same building the Umeå seaman’s mission looked out over the river. At the mission seamen enlisted into the trade, jobs were advertised, crew lists and ship registers were archived, fees, subsidies and loans were paid out.

The hotel manager who sailed with Nordenskiöld

Prior to the opening of Stora Hotellet, the mission leased the operation of the hotel business. The first hotel manager and restaurant owner was Gotthard Zetterberg, a man who knew all about life at sea as well as the hotel trade. As a twenty-year-old in 1883 he sailed with Adolf Nordenskiöld on the latter’s Greenland expedition where he served as a steward aboard the steamship Sofia. The big question that Nordenskiöld wanted to answer was whether the interior of Greenland was covered with ice or, in fact, green. The expedition wasn’t a big success. All they found was ice.

After his adventures at sea, Gotthard arrived at Bollnäs where he worked at the railway hotel in the service of the legendary Wilhelmina Skogh who would later become the managing director of the mighty Grand Hotel in Stockholm.

In 1895 Gotthard Zetterberg turned up in Umeå and the managers of the seaman’s mission welcomed him with open arms. Gotthard became the first manager of Stora Hotellet with a staff of almost 150 people. He held court at Stora Hotellet for almost 18 years as “the punch flowed in steady streams” and his generosity and sincerity forged enduring links between the seaman’s mission and the festive hotel.

Gotthard became a central figure in Umeå, fully committed to his new home town. For several years he was the chairman of north Sweden’s restaurant association. He was a member of the town’s tree-planting committee where he worked to keep the local parks in bloom. After he died on 7 January 1913, local residents left their homes to follow him on his final journey to the cemetery on Storgatan.

After Gotthard’s death the hotel was managed for two years by his wife, Fredrique. When Magnus Dahl succeeded her, an epoch was over. Stora Hotellet would continue to dominate night life in Umeå for many years. Gotthard and Fredrique Zetterberg had set the tone. 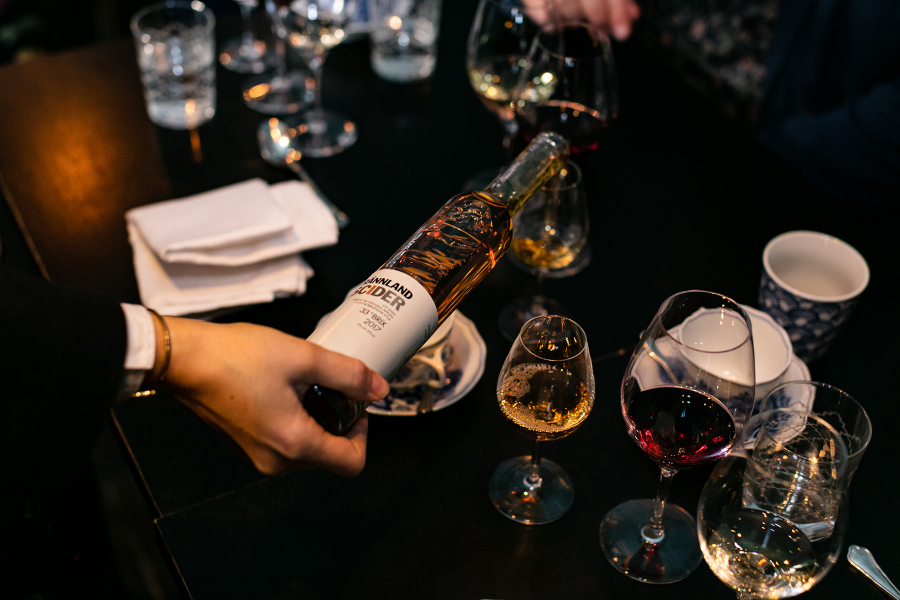